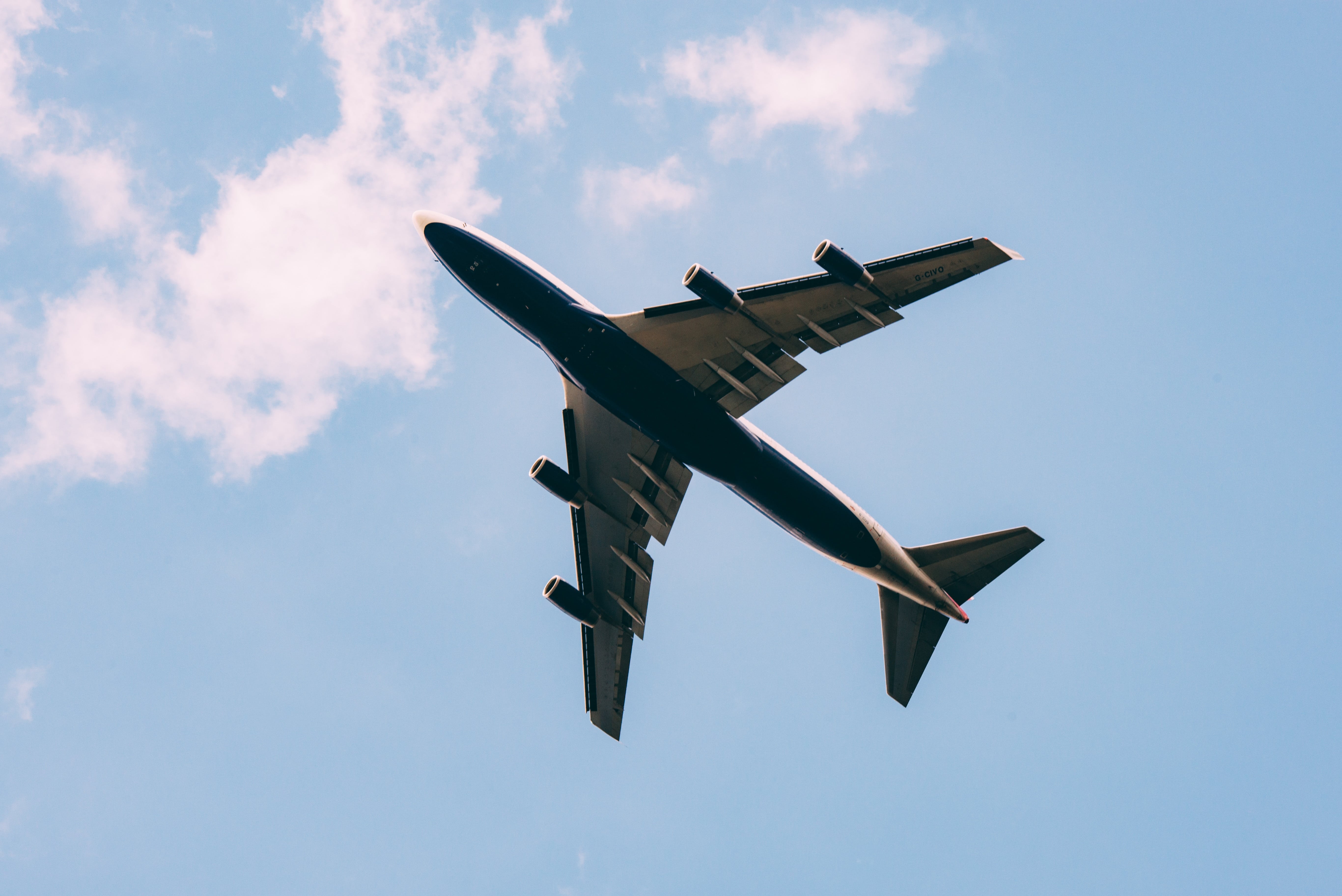 INTRODUCTION
1.1 The Board of Airline Representatives in the Netherlands (BARIN) served a writ of summons to the State of the Netherlands (the State) to appear in a summary proceeding to seek injunctive relief before the President of the District Court of The Hague.
1.2 The BARIN claimed in these proceedings that the President will serve an injunction prohibiting the State to execute the so called ‘ticket tax’ against the members of the BARIN, until in a binding decision a court has established that the ticket tax is not in violation of article 15, last sentence, of the Chicago Convention.
1.3 What the Dutch ticket tax entails will be explained in chapter 2. In chapter 3 it will be clarified why BARIN chose for summary proceedings to get an injunction. In chapter 4 the arguments why the ticket tax is not enforceable (violation of article 15, last sentence, Convention of Chicago) will be laid down. In chapter 5 it will be shown that from a societal point of view it will be applauded if the ticket tax will not be upheld. All arguments can be foundin the writ of summons of the BARIN (that is in Dutch and 30 pages long).
1.4 The date for oral pleadings in this case have been set at March, 5 2008 at 11 a.m. before the (acting) President of the District Court of The Hague, mr. Paris..
1.5 In the proceedings the BARIN is represented by prof. dr. H.J. de Ru and prof. dr. R.P.J.L. Tjittes, attorneys at Allen & Overy LLP (Amsterdam Office). The State will be represented by the State Advocate, mr. G.J.H. Houtzagers of Pels Rijcken & Droogleever Fortuyn (The Hague).

2. THE DUTCH TICKET TAX
2.1 The Dutch ticket tax is part of an Act for Taxes on Environmental Basis.
2.2 The ticket tax is – briefly – a tax for the leaving of a passenger with a plane from an airport in the Netherlands. The tariff is – in short – € 11,25 per passenger if the destination falls within a country in the European Union (with some exceptions, that will fall under the highest tariff, such as the Canary Islands), or at a maximum of 2,500 kilometres away, and € 45,- in other situations.
2.3 The formal payer of the tax to the State is the airport, but the airlines are obliged to give the airport all relevant passenger details (numbers and destination) and have to collect the tax from its passengers and hand the total amount of money collected to the airport.
2.4 The ticket tax will be in force for every passenger flight departing from July, 1 2008 onwards.
2.5 The purpose of the ticket tax is to obtain € 350 million per year for general government purposes (not: specifically the environment).

3. WHY SUMMARY PROCEEDINGS?
3.1 Summary proceedings to seek injunctive relief is a way of proceeding to obtain a court decision within a relatively short period of time. The proceedings start with a writ of summons, followed by oral pleadings, and a court decision can be expected within a several weeks afterwards. Summary proceedings can only be used if the Claimant can establish an urgent interest to get a quick decision.
3.2 The Presidents of the Courts tend to accept such an urgent interest in most cases. The BARIN made it clear it has a serious interest to get a quick court decision about the validity of the ticket tax.
3.3 The BARIN explained in its writ of summons that, although the ticket tax will become in force on July, 1 2008, airlines already had, and have, to take several measures for the implementation, and suffer losses with an eye on the forthcoming execution of the ticket tax. In this time of year (the winter period) summer holidays are booked already(by March, 1 40% is booked). The administrative burden to administer and to collect the ticket tax due, rests already upon the airlines. Further, the ticket tax has the effect that passengers will fly from other airports near the Dutch borders (e.g. the airports in Belgium and Germany)(with other airlines). Research (approved by the Dutch government) predicts a drop of 8-10% in passengers at Schiphol airport (and 11-13% at other Dutch airports) till 2011. Finally, if the ticket tax turns out to be void (because it is forbidden by the Chicago Convention, as the BARIN will explain), the restitution of the unjustified payments to passengers by the airlines is an excessive administrative exercise for the airlines. An average amount of 43.000 passengers per day that depart from an airport in the Netherlands entails a ticket tax of € 897.750,- per day.
3.4 The President may reject the demand for provisional relief, if he decides that the case is too complex to be heard in summary proceedings for interim relief. The President will normally only reject a decision on this basis, if the outcome of the case will depend on disputed factual issues, where taking of evidence is needed.
3.5 In the interim proceedings started by the BARIN, the decision of the President does not depend on factual issues, but is a straightforward question of law: is the ticket tax void because it is in violation of the Chicago Convention? The Dutch Supreme Court ruled that a President is not allowed to walk away froma decision about a question of law.

5. CONSEQUENCES IF THE TICKET TAX IS NOT VALID?
5.1 If the Dutch ticket tax will be declared void, the effects for society are not unacceptable. To the contrary. This has been explained in the writ of summons too.
5.2 Firstly, the Dutch government is wrong to state that the ticket tax is an ‘environmental tax’. The tax is not dependent on any environmental criterion. In the explanatory notes of the Act, the government acknowledges that the ticket tax aims at acquiring money for the general state funds and serves no particular environmental purpose.
5.3 Secondly, independent research showed that the ticket tax has no serious effect on the environment (mainly due to nearby foreign airports).
5.4 Thirdly, within ashort period of time, a European Union wide environmental measure for air traffic is expected: the Emission Trade System in 2012. KLM and Schiphol Airport have suggested to introduce a similar system in the Netherlands on a voluntary basis earlier (this year), but this has been rejected by the government for unclear reasons.
5.5 Fourthly, the economic disadvantages of the ticket tax are likely to be enormous. Independent research, acknowledged by the government, show a drop in passengers in 2011 of 8-10% for Schiphol and 11-13% for other airports. The Chamber of Commerce for the Amsterdam region and workers unions and employers associations have calculated an expected loss of 12.000 jobs in the Amsterdam region and a loss in the tourism business of € 285 million when the ticket tax will be in force.
5.6 The introduction of ticket tax in Denmark have shown a disastrous economic effect, leading Denmark to abolish the ticket tax in 2007.
5.7 Knowledgeable organizations in the airline industry, tourism business, and consumer organizations, have all rightfully condemned the Dutch ticket tax.
5.8 If the State wants to acquire € 350 million per year for the general funding of governmental activities, it should find ways to impose a tax that is not in violation of international treaties.

The BARIN is the trade association for the civil air transportation in The Netherlands, and is one of the larger BAR’s in Europe, with 82 airlines in membership.
BARIN Objectives
1. To encourage and promote, in The Netherlands and elsewhere, the interests of regular airlines engaged in the carriage of passengers and cargo to, from and within The Netherlands.
2. To represent the interests of the member airlines so that the best possible conditions for successful civil aviation in The Netherlands are created.
Our objectives are achieved by representing our members in dealings with many industry participants, including:
• Politicians
• Government Departments
• Regulators
• Airport Operators
Bezoek voor de volledige BARIN ledenlijst de BARIN website www.barin.nl , knop BARIN members
BARIN Media Relations, email office@barin.nl , tel./sms: 023-5267207, fax.: 023 5265811
BARIN Woordvoering Frank Allard – Secretaris Generaal
Websites BARIN : www.barin.nl www.ikverticket.nl . BARs in Europe www.barinfo.org